Why do disorders develop?

Well, it is very easy to explain.
When there are errors in these characters or recipes, the information they express or encode is also erroneous, and this more often than not, although not always- leads to malformations or disorders.

Based on the chromosome where the anomalous gene or recipe is contained, we will have AUTOSOMAL DOMINANT DISORDERS and AUTOSOMAL RECESSIVE DISORDERS, and DISORDERS THAT ARE LINKED TO THE X-CHROMOSOME of a DOMINANT TYPE and of a RECESSIVE TYPE.

AUTOSOMAL DOMINANT AND RECESSIVE disorders, as their name indicates, refer to autosomes or chromosomes from set 1 to set 22, and these affect both man and woman alike.

SEX LINKED disorders refer to set 23. I would like to remind the reader that we will only be discussing those disorders that are linked to the X-chromosome. As we will be able to see, it makes a great difference whether it is the man or the woman who is carrying the defective gene.

Both information sets are correct 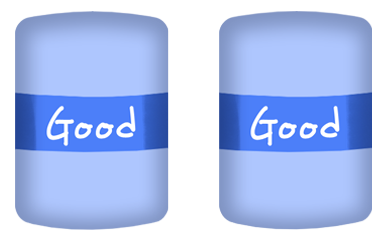 That both sets of information or alleles encoding for the same recipe are correct,

That one recipe is correct and the other incorrect, 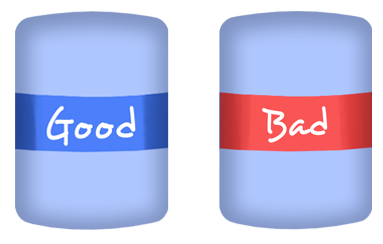 The result will be determined by the chromosome involved: if it is an autosome, or if it is a gonosome or sex chromosome. 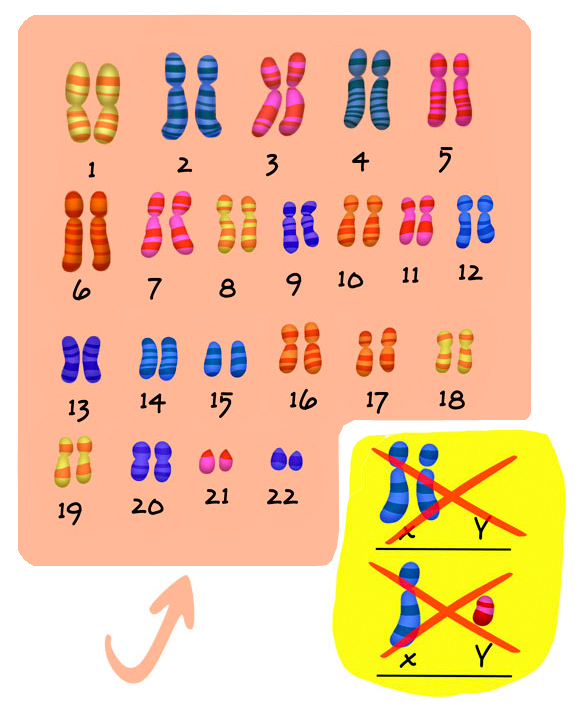 If the defective recipes are DOMINANT, the result will always be affected individuals or individuals who will express the character. On the other hand, if the defective recipes are RECESSIVE, the result will be healthy individuals who will carry the disorder or characters at issue (because in this case, as we will remember, the recipe will be in recess or hidden by the good recipe present in the other chromosome, which at this particular time is the dominant expression).

First, we will distinguish between dominant and recessive expression, and then we will individually evaluate these two forms of expression, depending on whether the carrier of the character at issue is a man or a woman.

If the defective recipe is dominant, the woman will either be affected or will express the character at issue because she has both X sex chromosomes, “a good one and a bad one”, and because the bad chromosome is dominant, it is always expressed.

In the male, the situation is totally different.

He will be healthy or he will be affected, depending on which of the two maternal X sex-chromosomes he has inherited “the good one or the bad one” (please remember that a male’s sex chromosomes are “XY”; that is, he only has one X-chromosome and it is always expressed).

If the defective or anomalous recipe has a recessive expression, women will be healthy carriers, since they have two X sex-chromosomes and the bad character will not be expressed as it is in recess or hidden.

Whereas, men will be affected or healthy depending on which of the two X sex-chromosomes they have inherited. Since they only have one X-chromosome, it is always expressed.

As you can see, in sex linked disorders (X-chromosome), the male will always be affected if he inherits the pathologic X sex-chromosome, irrespectively of whether the character is dominant or recessive. However, generally speaking, dominant disorders linked to the X sex chromosome tend to be much more severe than recessive disorders, and, some times, lethal for male embryos or foetuses. They are literally doomed to die.

This is inferred when we assess families with a certain disorder and we notice that their genealogy is composed of:

If both recipes are incorrect 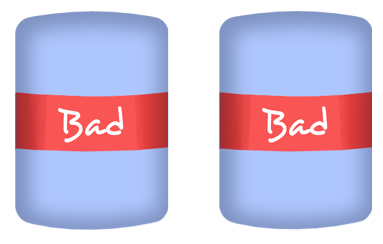 This combination will always produce affected individuals, both for autosomal and for X sex-linked (X-chromosome) disorders, irrespectively of whether these are dominant or recessive.

At present, very few cases of autosomal dominant disorders and sex linked dominant disorders are known in which both alleles and recipes for the same character are defective or pathological and when this happens, the affected individuals tend to manifest the disorder or trait in a much more severe form, as both recipes are expressed together.

Imagine a double portion of a bad tasting cake. Awful, isn’t it?

What do we mean by penetrance, expressivity and pleiotropic effects of a gene?

These words refer to the little information that there is about the existing relationship between genes and the modulating factors that act on them, making them change their expression.

The genotype is the genetic constitution or make up (DNA) of each invidual.

The phenotype is the expression at all macroscopic, microscopic, behavioral, and functional levels of the genetic constitution or make up (DNA) of each individual, in combination with the environmental factors that interact with such individual.

Having differentiated between genotype and phenotype, nowadays and from that point of view, concepts for pathological genes that cause dominant autosomal disorders are defined as follows:

PENETRANCE is defined as the probability that an individual carrier of a pathological gene expresses or not such gene in his or her phenotype. Sometimes, there are individuals who have that gene but do not express it, that is, the gen is not manifested, and in these cases, we say that they have a “reduced penetrance”. It is like hide and seek, “it is there but quite! Not making any noise…”

EXPRESSIVITY is the severity with which this gen is expressed in the phenotype.
Many times, we find that within the same family, the disease is expressed more severely in some members and less severely or more mildly in other members. In such cases, we say that within this family the expressivity varies.

ANTICIPATION, the earliness with which the disease manifests is transmited from generation to generation.

PLEITROPISM means that the active product (protein) that generates one single gen can be used by several tissues or organs at the same time. For example, kitchen salt is used in many different dishes. If the salt is spoiled, many dishes will not come out well, in other words, they will be abnormal. In our case, depending on which the function of the protein at question is, if the protein is abnormal and it is used by many tissues and organs, many of these tissues and organs will also present abnormalities or malformations, depending on how important the protein is for the tissue or organ at question.

Next topic: What happens when our recipes combine with our partner’s recipes?